TTS at the Racetracks

Register for this Event
X

TTS at the Racetracks – Join us in Saratoga Springs!

Perched above the Post Bar, the Paddock Suite features sweeping views of the paddock. Watch America’s finest thoroughbreds’ parade by on their way to the track before ducking back inside this climate-controlled space to grab a drink from the central feature bar and cheering on your paddock picks. Door opens at 11am. Further time frame details will be announced closer to the date.

This is an event you don't want to miss! Space is limited so be sure to save your spot.

Arriving at the Track

From Upstate and Canada: Northway (I-87) to Exit 14 to Saratoga Springs.

From Vermont and New Hampshire: Route 40 to Schuyerville and Route 29 to Saratoga Springs.

By Railroad: Amtrak provides service to Saratoga Springs. For a list of departure cities, prices and reservations, call 1-800-USA-RAIL or click here. 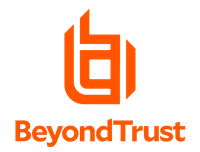