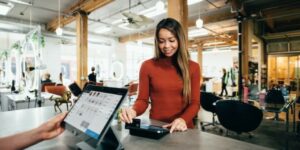 System as-a-service seems like a cutting-edge capability but it really isn’t. Back when we called IT MIS (Management Information Systems) and IBM was the dominant computer company in the market, everything was “as-a-service.” This approach had several customer advantages and one huge vendor disadvantage which caused IBM and the industry to pivot away from offering computing as-a-service. Instead, you bought and licensed the technology as if it was a singular purchase.

Now, and particularly with cloud providers, technology is again being provided as-a-service, and companies like IBM are attempting to compete with on-premise offerings that also can be provided in the same way by incurring a level of risk that IBM pioneered. In short, the most experienced as-a-service company isn’t a cloud company, it is arguably IBM.

IBM has just announced its IBM i System Subscription solution which has the economic benefits of a cloud service but still provides the security and peace-of-mind benefits of an on-premises solution.

Can you have your cake and eat it, too? With this service, IBM appears to be saying yes. Let me explain.

The Benefits And Big Problem With SaaS Solutions

The benefits of an on-premises, as-a-service offering are significant. They typically include better vendor engagement because the offering includes support services and the vendor tends to remain engaged throughout the life of the service, as opposed to a sale where the vendor tends to reduce the focus on companies that have been sold in favor of revenue from companies that haven’t been bought yet. The outright sales model tends to give the buyer visibility when they are buying but, once the purchase has been made, that benefit goes away, and the vendor tends to lose interest until the next purchase possibility comes up.

On top of better engagement, this approach also shifts funding the effort from a fixed capital expense that has to be depreciated over time with no flexibility, to an operational expense that goes up and down with users and use. If the company cuts back, the costs go down, if the company ramps up, the costs and services ramp up with them. This tends to better keep expenses in line with revenues and it tends to lower the approval requirements for the service in the first place.

From a vendor perspective, this works like an annuity, but unlike leasing, this annuity will go up and down in value with the needs of the customers. Those earlier IBM service offerings tended to be fixed, didn’t adjust to the needs of the business, and operated more like a lease than what we now have as SaaS offerings.

The historical problem with this approach is revenue growth once the market saturates. With a purchase model, you can still churn the market with a new offering. With a SaaS model, you are locked into a contract. In a saturated market, this makes it hard to show revenue growth. In the far more diverse market we have today, it’s unlikely that IBM or any one vendor will experience a saturation problem in the near-term future.

These offerings have traditionally been most beneficial for small and medium-sized businesses that lack IT infrastructure and are looking for a partner that can close their support gaps and allow these smaller companies to compete with larger, more IT-capable firms.

Read the full article at TGDaily.com >